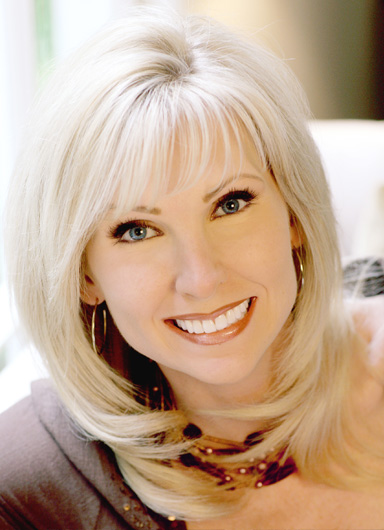 Lora says her job is like having a "front row seat to life", you never know if the story will be a drama, comedy, or action-adventure.

During her career, Lora has reported for CBS, CNN, Court TV, KABC, and internationally for Reuters. She's been featured in films and worked on projects with A&E, Showtime, and more

For years, television audiences nationwide have watched Lora McLaughlin as a Correspondent for CBS Newspath, the 24 hour news division of CBS Network. Now, movie goers are familiar with her as well. Lora made her big screen debut playing herself, in the romantic comedy "Four Christmases" starting Reese Witherspoon and Vince Vaughn.

After nearly a decade of covering the Los Angeles market for KCBS/KCAL, the Emmy award winning journalist made the jump to the network division, then onto the silver screen.

Whether it's brush fires or floods, celebrity court cases or the Academy Awards, Lora's covered it all. From Hillary Clinton to Oprah Winfrey, she has interviewed the countries biggest newsmakers and hottest celebrities.

Over the years, she has landed many exclusive interviews and has covered some of the nation's biggest news stories including the Michael Jackson and Scott Peterson trials.

Her television career hasn't been limited to just news, her popular "All About You" segment earned her the title of "The Budget Martha Stewart", showing viewers how to live a fabulous lifestyle for less.

Born and raised in a small town in Kansas, Lora started her career in broadcast news when she was a senior in high school. Upon moving to Los Angeles to finish college, she started working behind the scenes in L.A. as a segment producer. After earning a B.A. degree in Journalism, Lora moved in front of the camera, landing her first on-air job as an anchor/reporter in Michigan, then started making her way back to the nations second largest market.

During her career, Lora has reported for CBS, CNN, Court TV, KABC and internationally for Reuters. She's also been featured on the A & E Network Special: "Investigative Reports".

Lora says her job is like having a "front row seat to life", you never know if the story will be a drama, comedy, or action-adventure.

Lora is Proud to Support These Life Changing Organizations

Our mission is to grant wishes, including memory-making events, for metastatic breast cancer patients, while continuing to support, educate and increase resource awareness.

Henry Mayo is a 238-bed, not-for-profit community hospital and trauma center. Your family can count on us for critical life-saving services and specialized care when quality of life, comfort, safety and compassion are important to you and your loved ones.